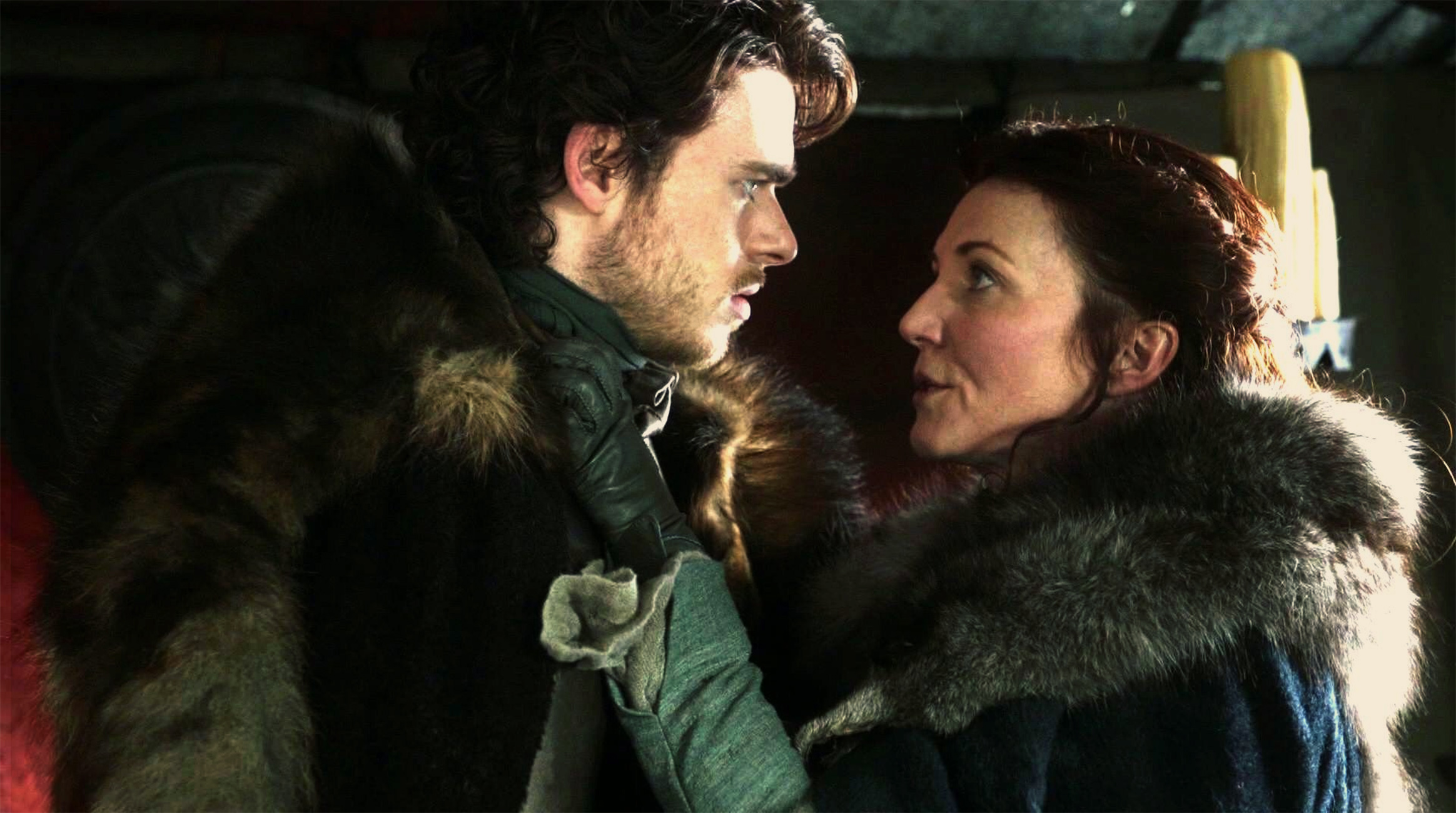 Monday funday begins with talks of weather dominating the minds of our brave hosts, and a mother reuniting with her long lost son (or something like that). Catelyn has joined Robb inside of his now ancient stronghold to discuss the articles of war, in addition to cleaning the dirt from behind his ears (and fixing that annoying cowlick).