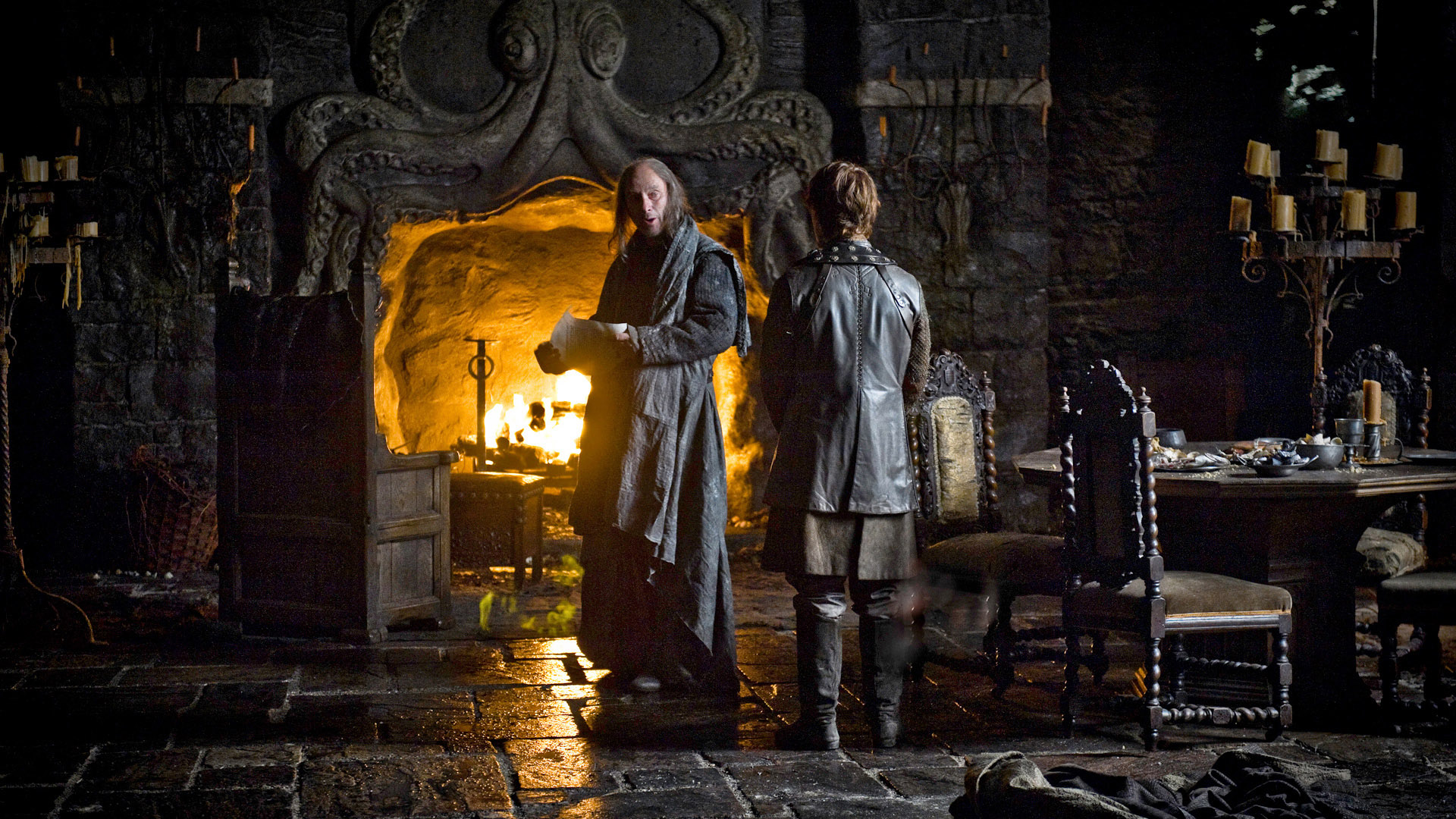 …Or do they? In this highly-anticipated Friday episode, reasons for liking Theon are finally confessed and examined, amid discussion of his very first POV chapter in the A Song of Ice and Fire series. Theon travels to Pyke where a reunion with his father does not go as planned, his uncle is a reformed cool guy, and the line of succession may skip him in favor of his sister…